Cyst in Your Armpit: Causes and Treatments 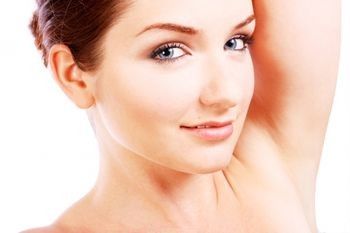 Though a cyst in your armpit might seem frightening, there is good news: It is likely much more annoying than anything else, and not really a danger to your health. You can get a cyst anywhere in your body, but they often happen on the skin. This closed pocket or pouch of tissue is filled with fluid, pus, air or something similar. Most cysts are caused by clogging of glands or infections, and they are usually harmless. In fact, most of them disappear without any medical treatment at all.

Cysts might not be dangerous, but you probably still wonder what causes them. There are many things that can help a cyst develop.

Many cysts in the armpit develop as a result of shaving the area. These cysts are most often found in adolescents, who have just begun shaving there and using deodorant or antiperspirant. This video will tell you how to shave your underarms :

Bacteria can live on the skin and get into the tiniest cuts or scrapes. Many armpit cysts are caused by bacterial infections which then lead to enlarged lymph nodes. These infections can often be cured with proper medications.

Infections caused by chickenpox or shingles are common causes for armpit cysts. Some problems associated with the AIDS virus can also cause the problem.

Some lumps are very small and soft to the touch, and they are not painful t all. These benign lumps are very common. If they become larger or begin to hurt, consult a doctor – otherwise, they are probably entirely harmless and will go away on their own.

If you suffer from tender or lumpy breasts, especially right before your period, that condition can extend from the breast tissue to the tissue under the armpit, leading to the presence of what feels like a cyst. These often go away with time.

When you receive a vaccination for something like measles, mumps, smallpox, typhoid or similar problems, the vaccination itself can lead to enlarged lymph nodes and cysts under the armpit. Again, these usually go away with time.

The areas of your body that have many sweat and oil glands, such as under the arms or at the groin, are likely to develop small cysts from time to time. These dark, tender bumps are often associated with the hair follicles in the area. These might be hard to the touch or leaking fluid; they often lead to scarring.

Some forms of cancer will present with lumps under the armpit, especially cancers of the lymphoid tissues.

There are numerous other potential causes for armpit cysts, including a breast infection of some kind, chickenpox or shingles, mononucleosis, AIDS, cat scratch fever and more. Some medications can also lead to an armpit cyst.

If you have an armpit cyst that simply won’t go away, these remedies might help you. There are medical treatments and home remedies; as always, if the home remedies don’t work, consult a doctor to learn what other steps you can take to eliminate the problem.

Most cysts are small and go away on their own without causing any pain. However, some large cysts might need a doctor’s intervention. The doctor might drain a large, fluid-filled cyst with a needle. Much larger cysts that cause pain or hinder your activities might need to be surgically removed. If the doctor believes the armpit cyst might be a sign of cancer, the cyst is often removed with surgery and biopsied.

A very inflamed cyst might be injected with steroids in order to reduce the swelling and allow the doctor to take a better look, while relieving your symptoms. For cysts that are on a very sensitive area, laser treatments can be used to destroy the cyst and help prevent scarring. If the area is infected, antibiotics can be prescribed.

If you want to deal with the cyst on your own, there are several ways to do this.

Personal Experience of other People

“When I developed an armpit cyst, my doctor and I decided to try and avoid medications and instead, use natural healing to take care of the problem. Using a warm compress helped, but only while the compress was actually on the cyst. Four days later, it hurt so bad that I went to the emergency room. To my surprise, the doctors said I would have to have surgery to clean it out – apparently this was a very large cyst that had infiltrated a big area. I had surgery the next morning, and the cyst was drained. The relief was very clear from the moment I woke up!

The surgery obviously went well, and I came home with some pain killers and a lot of relief. However, now I am developing another cyst under the other arm. The pain has become pretty bad, and I know I will likely have to have surgery again – but this time I might try antibiotics before I have to go under the knife.”