A coconut grows on a coconut palm tree which is can be found in areas with a tropical climate. Thus the coconut is a staple in the diet of many people who live in tropical regions, though those living in colder climates may have never tried coconut meat. It can be difficult to remove coconut meat from the shell, so when it is sold in stores it is commonly removed from the shell beforehand. This meat can be eaten plain or shredded and added to a variety of other foods. 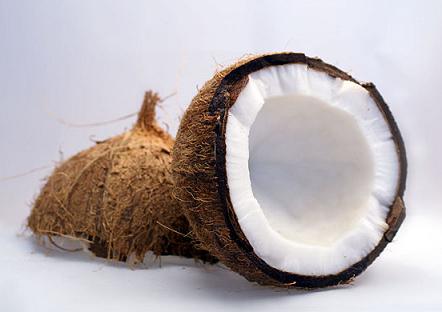 Coconut meat contains as much as 7.2g of fiber per cup which is over 20 percent of your recommended daily value. It is recommended that you should consume 14g of fiber for every 1000 calories you eat. Consuming foods high in fiber helps keep you feeling full so you are less likely to overeat. This helps add bulk to the stool so that food can move through the digestive tract more easily.

A cup of coconut can provide 52 percent of a man’s recommended daily value of manganese, which is 67 percent of the daily value of this trace element for women. Manganese is used by the body to metabolize protein, fat and help the body make use of vitamin E, iron and thiamine. It can also help to ensure that your body has stable levels of blood sugar and assist with immune and nervous system function.

A one cup serving of coconut contains 39 percent of your daily recommended copper and 14 percent of your recommended potassium. Copper helps to produce the sense of taste and producing red blood cells. Potassium helps to maintain the proper level of fluids in the cells and maintain sodium levels.

How to Remove Coconut Meat

The following video outlines the proper way to remove coconut meat so it is easy and safe: