Carbohydrates are an important part of the diet because they are the main source of energy, which the body needs as fuel to perform various activities. Also known as carbs, carbohydrates are actually sugars or saccharides that are found in various foods. They may be classifies into simple carbohydrates (fast carbs) or complex carbohydrates (slow carbs) according to their effect on one’s blood sugar levels after they are consumed. To be able to plan a healthy diet, learn more about fast carbs and slow carbs discussed in this article. 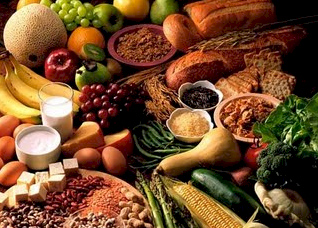 Carbohydrates consist of starch, cellulose, and sugar, which have the potential to increase the blood sugar levels after they are consumed. Among the various types of carbohydrates, fast carbs are foods that cause an immediate rise in blood glucose (sugar) levels.

Fast carbs are made of simple sugars that are easily broken down or digested and absorbed by the body. The fast rise in blood glucose is usually brought down to normal levels with the help of a hormone called insulin, which increases when one eats high carb foods. However, in some people, this process may result in a sharp decline in blood glucose levels, which may be below normal levels. This occurs in people with diabetes and other metabolic problems like obesity. The rapid increase and decrease in blood sugar levels may result in hypoglycemia (blood sugar levels below normal), which causes symptoms like extreme hunger, headache, and fatigue.

Fast carbs are often considered unhealthy because they cause rapid elevations of blood glucose levels but for some people eating these simple carbs are an advantage. Athletes and muscle builders need an immediate source of energy for their rigorous workouts. They need to consume high levels of simple carbohydrates after heavy exercise as a source of energy to prevent their body from breaking down muscle proteins to convert into energy. This helps prevent loss of muscle mass after vigorous workouts.

The best fast carbs are maltodextrin, a food additive, and dextrose, dietary supplement. These sugars are best consumed in combinations of equal amounts. Other fast carbs that may be taken for these purposes are bagels, pudding, and other desserts.

Another type of carbohydrates that are is healthier for most people are the complex carbohydrates, or slow carbs.

Complex carbohydrates are less easy to digest and absorb compared to simple carbs, and they are thus called slow carbs. Because of this, they do not cause spikes in blood sugar levels. Experts recommend consuming more of these rather than the fast carbs especially in individuals who are obese or diabetic. They provide longer-lasting energy source, which also prevents loss of muscle mass or excess weight loss, and are suitable for marathon runners.