Have you ever felt a bit down or just generally depressed the morning after a night of drinking a lot of alcohol? If this is something that you can relate to you, then you will be comforted to hear that you are not alone. This feeling is termed as “hangover anxiety”, a state where you feel symptoms of anxiety following the consumption of alcohol. These symptoms can be both mental–feeling depressed and/or restless, or physical–aching, feeling dehydrated and nauseous. Below you’ll find out why anxiety after drinking is commonly experienced, as well as some things that can help you out if you are feeling like this. 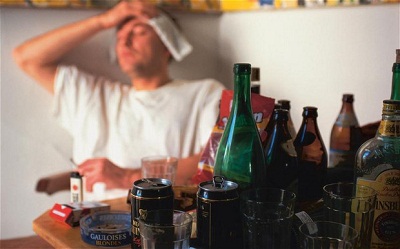 While it is found that those who suffer from anxiety are more prone to feeling anxiety after drinking, it is also true that alcohol can cause symptoms of anxiety in a person that does not usually experience them. For this reason, it is important to understand the underlying reasons as to why a hangover can leave you feeling this way. These can be divided into mental and physical causes.

As shown, there are many reasons as to why you may feel anxiety after drinking alcohol. However, the good news is that there are also a number of ways that these symptoms can be treated and prevented. Below are some tips to help you deal with the problems listed above: