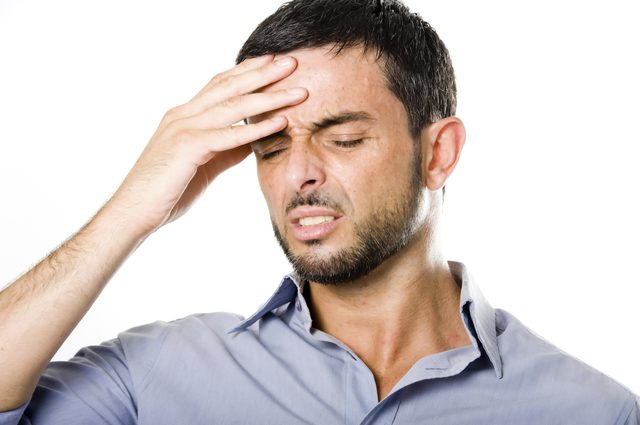 What Causes Anemia in Men?

Even though anemia and especially iron-deficiency anemia is more common among women, it can affect men too. Most common causes include:

It can result from several reasons. In most cases, it is not even diagnosed until the signs and symptoms of anemia are present. Some of the internal bleeding causes that lead to iron-deficiency anemia are quite serious and even life-threatening ones which require diagnosis as soon as possible and proper medical treatment.

A massive internal bleeding usually occurs suddenly and is caused by a trauma of the body. This is normally diagnosed immediately and emergency medical treatment is administered in order to stop the internal bleeding and restore the normal blood volume often through blood transfusions. Internal bleeding that leads to iron-deficiency anemia is a slow and prolonged blood loss occurring over an extended period of time. The gastrointestinal system is the place where most of these internal bleedings occur, usually due to an ulcer. Ulcerative colitis is another disease affecting the gastrointestinal system which is associated with a prolonged and slow blood loss, often resulting in anemia in men.

A minor bleeding for a prolonged period of time is common, regardless if they are internal and external hemorrhoids, leading eventually to iron-deficiency anemia. In severe cases, the bleeding is noticed in the stool, toilet water or in the toilet paper. However, often the bleeding is not obvious, which is only diagnosed with a fecal occult blood test.

Iron is a mineral commonly found in many food types, necessary for a normal production of red blood cells in the bone marrow. When there is an iron deficiency due to a lack of iron from the diet, or an impaired absorption of the iron from the gastrointestinal system, iron-deficiency anemia will occur.

The iron found in fish, red meat, and poultry is more easily absorbed compared to the iron that is found in plants. However, this does not mean that a person should consume more red meat for example. A well-balanced diet which includes plenty of fruits, vegetables, lean meat, etc., will be enough to ensure your body gets all the necessary nutrients. Vegans and vegetarians should be careful when it comes to iron-deficiency anemia, and a vitamin C supplement is often recommended as it helps the iron absorption from the gastrointestinal system. When it comes to the iron absorption problem from the gastrointestinal system, conditions like Celiac disease, malabsorption, inflammatory bowel disease, etc., are among the most common causes.

Tea contains tannins which can interfere with the normal absorption of iron in the gastrointestinal system. For this reason, excessive tea drinking can contribute to iron-deficiency anemia in men, making it worse in cases when there is already a problem leading to anemia. However, excessive tea drinking itself is less likely to cause iron-deficiency anemia.

It is well known that people suffering from chronic diseases are more likely to suffer from anemia. Some of the chronic conditions that can lead to anemia include cancers, chronic liver diseases, chronic kidney diseases, chronic infections like hepatitis or HIV, autoimmune disorders like rheumatoid arthritis, lupus, etc.

Symptoms and Treatment of Anemia in Men

Anemia, when left untreated, can lead to various health problems. A well-balanced diet is essential in order to increase iron intake with food, which will help correct the anemia. However, often this is not enough and iron supplements are recommended. If there is an underlying condition that had led to iron deficiency anemia in the first place, its treatment is necessary. IV infusions might be recommended as well in cases of severe anemia when a diet change and iron supplements are not enough to restore the iron and treat anemia.

Anemia in men, when left untreated, or not treated correctly can lead to heart problems as the heart needs to make more effort and work harder by pumping more blood in order to fulfill the body’s requirements for oxygen.