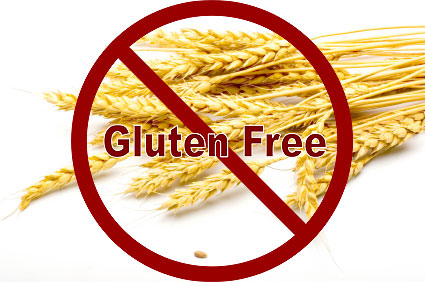 Gluten is a protein that is made from glutenin and gliadin that is joined by natural starches. The glutenin in grains makes up around 47 percent of the content of wheat, creating the protein content for the grain. And the gliadin allows wheat dough to rise. Many people have celiac disease that makes it difficult to digest gluten proteins properly, so grocery stores are stocking more and more gluten-free products to address this need. However, these products may not be an optimum health choice for some other customers.

1. For People with Celiac Disease

It is estimated that around 1 percent of Americans suffer from celiac disease, a condition that causes the immune system to have an abnormal response to gluten that damages the small intestine lining. This damage can result in other vital nutrients failing to absorb properly.

Symptoms of celiac disease can include bone pain, diarrhea, herpetiformis skin rash and anemia, but in many cases this disease does not exhibit symptoms. When symptoms do appear they are similar to those of intestinal infections, Crohn’s disease, irritable bowel syndrome, diverticulitis and other digestive disorders which leads to frequent issues with this disease being misdiagnosed.

The only way to confirm the presence of celiac disease is to be tested, often using a blood test to scan for the antibodies that are produced by this abnormal immune response. In the event that a patient has these antibodies, doctors will take a biopsy of the small intestine lining to check for inflammation in this area.

If those that have celiac disease continue to consume gluten they can become malnourished as the body excretes essential nutrients through the stool rather than absorbing them in the small intestine. This can lead to vitamin deficiencies and weight loss that can in turn contribute to low bone density, neurological problems, and stunted growth. If vitamin D and calcium are allowed to build up in the stool it can cause patients to experience osteoporosis, osteomalacia or rickets in children. In some cases, if celiac disease is longstanding without treatment, the risk of gastrointestinal cancers increases.

2. For People with Gluten Intolerance or Gluten Sensitivity

Gluten intolerance causes diarrhea, bloating, flatulence or abnormal cramping after consuming gluten products, but does not cause the immune response that you see with Celica disease. At this time it is unknown if this disease causes permanent intestinal damage over long periods of time.
A more common condition is gluten sensitivity, a less severe form of gluten intolerance that causes these symptoms without damaging the lining of the small intestine. Around 18 million people in the United States suffer from gluten sensitivity.

1. You May Get Nutritional Deficiencies.

The American diet contains many foods that contain gluten such as pasta, crackers, breads pastry. Many processed foods also contain small levels of gluten. Giving up many of the foods you are used to eating can lead to nutritional deficiencies. Products that contain gluten also usually contain magnesium, iron, B vitamins, zinc and fiber which are essential to a healthy diet.

Unless you suffer from a disease that prevents you from eating gluten, it is usually not worth the risk to transform your diet. You would need to completely alter the way you eat, which can be excessively difficult. Cutting back on gluten rather than eliminating it from your diet is also ineffective, as those that have gluten sensitivity will still react poorly to the gluten you do consume, so you will still experience negative symptoms.

Many gluten free options are significantly more expensive than their regular counterparts. Some can even be twice as expensive as the foods that do contain gluten, which can be a tremendous sacrifice to make if you do not have trouble consuming gluten.

4. You Are Possibly Ingesting More Calories.

If you need to follow a gluten free diet, there are many more gluten-free products on the market today that were not available in year’s past. However, not all of these foods are healthy, with many containing high amounts of cholesterol or saturated fat along with a larger amount of calories that do not include nutrients. It is important to seek out natural foods such as vegetables, fruits, fish, meat and low fat dairy that will allow you to get nutrition without aggravating your symptoms.

Supplementing grains like amaranth and quinoa for those that contain gluten can also help you avoid negative symptoms while still getting the nutrition you need. Seek out gluten-free products that contain these ingredients as well. Many breakfast cereals, breads and pastas contain these options.

Pharmaceutical interventions for celiac disease are not likely to eradicate the disease, but may be able to limit the damage that the disease causes. This would allow those with celiac disease to occasionally include products with gluten in their diet so it is easier to transition to a gluten-free lifestyle.