How Long Caffeine Stays in Your Body 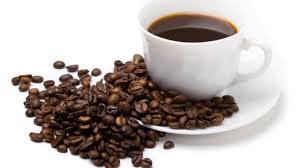 Almost everyone drinks caffeine – it’s one of the most widely consumed substances, and it is by far the most widely consumed substance that stimulates the central nervous system. Caffeine is everywhere, found in over 60 plant species. The most common drinks that include caffeine are tea and coffee. Caffeine can have either positive of negative effects, depending upon how much you ingest and what your lifestyle is like. Read on to learn how long it stays in your body and the limit for your coffee intake.

How Long Does Caffeine Last?

In most cases, caffeine has a half-life of about 5 hours (meaning 5 hours is needed to eliminate half the coffee amount). However, it might take longer – for instance, a pregnant woman might have caffeine in her system up to 20 hours after she ingests it. Some diseases and medications can make it last longer, as can smoking.

The problem becomes when you drink too many beverages containing caffeine. If you drink coffee or tea or soda in the morning and evening, like many people do, that means that you have a constant level of caffeine in your body, day and night. Unfortunately, this puts your body in a stressful situation – the caffeine affects your adrenal glands, triggers the release of stress hormones and makes it feel as though you are in a stressful situation. That puts your body in a constant state of stress, and that can lead to problems over the long-term.

How Much Caffeine Should People Have Per Day?

But that doesn’t mean that caffeine is always bad. If you choose to have some, make sure that you are ingesting only the proper amounts to avoid long-term issues.

Though it is impossible to recommend a safe range of caffeine intake, most studies show that adults can take in 200 to 300 milligrams safely each day. This is equal to two to four cups of coffee. However, that might be too much for many people, who could feel jittery and on-edge after only one cup. Others might feel as though four cups is not nearly enough to give them the boost they need. However, if you are feeling this way, you likely have a physical dependence on caffeine, and that can be trouble.

Pregnant women need to consume less caffeine for the sake of the baby. Between 150 and 200 milligrams is considered safe in most studies, but many doctors recommend pregnant women avoid caffeine altogether. That’s because no matter how long caffeine stays in the body of the mother, it might stay even longer in the baby. The American Journal of Obstetrics and Gynecology found that when women drink 200 milligrams or more of caffeine, they double their risk of miscarriage. However, other studies dispute that. To be on the safe side, the March of Dimes recommends pregnant women consume no more than 200 milligrams of caffeine per day, if they decide to indulge at all.

The bodies of teenagers are growing fast, and that’s why caffeine could be harmful for them. Teenagers should limit their intake to 100 milligrams or less per day, and should avoid caffeine altogether if they can. Many kids might balk at the idea of 100 milligrams or less, because they are often accustomed to drinking much higher amounts. However, keep in mind that even this small amount can lead to dependency on caffeine, and teenagers can also build up a tolerance – that means that they will need more and more caffeine to achieve the same energy level. Breaking the dependency can lead to problems such as headaches or upset stomach, among other uncomfortable symptoms.

Before you indulge in caffeine, keep in mind that there could be many problems that result from ingesting too much. Unsavory side effects include irritability, nausea, irregular heartbeat, restlessness, nervousness, insomnia, muscle tremors, headaches or even anxiety, thanks to the stress your body is under when caffeine is flowing through your system. Even though caffeine is not technically listed as an addictive substance, those who need more and more caffeine to “take up” in the morning or stay awake during the day might have developed a dependency that could be tough to break.

The effects of caffeine are different for everyone. If you think you are drinking too much caffeine, now is the time to cut back. If you use it only occasionally for a pick-me-up after a long night, your odds of problems from ingestion are much lower. If you’re not sure, try cutting back gradually until you reach a point where you are comfortable with your caffeine intake.

How long does caffeine last? What are the effects?

The effects begin almost immediately, which is why you might feel energized with your first sip of coffee. That’s because it enters the bloodstream very easily and starts to work within 15 minutes. You will feel the full force of the caffeine within 30 to 60 minutes after the first sip. This is often why you might not feel “awake” until after your morning coffee.

No matter how you consume caffeine, it always changes the way your brain and body work, as well as the way you feel. It can even change the way you behave. That’s because it’s a stimulant for your central nervous system, and thus it affects your brain, spinal cord and nerves. The most obvious side effect of caffeine intake is the feeling of being awake and alert. However, too much caffeine can lead to problems, including:

Now you know how long does caffeine last and other important info.