The plant stinging nettle is part of the genus Urtica and was originally found in the colder areas of Asia and Europe but now it has spread worldwide and is found almost everywhere. Nettle tea is very popular because it contains the largest amount of chlorophyll found in any herb as well as nearly all the vitamins and minerals we need for human growth and health. However, people under health conditions should take special care of this tea. 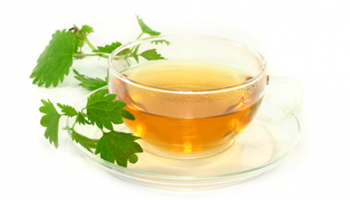 For several centuries various herbal medicine practitioners have used stinging nettle for a variety of purposes including treating urinary problems, allergies, anemia, gout and arthritis as well as topical treatment for painful muscles, insect bites and eczema. Both the plant’s root and leaves have multiple biologically active compounds such as quercetin and other flavonoids with antioxidant properties. Antioxidants are essential as they eliminate free radicals which can damage your DNA as well as cellular membranes. In addition to antioxidants, nettle is also a great source of beta-sitosterol which is similar in structure to cholesterol and can lower your blood’s absorption of dietary fats and therefore help your heart.

You can find preparations of stinging nettle at most stores specializing in health foods and it is most commonly sold as tincture, dried leaves or extract that is made from the roots or leaves. You can make nettle tea by allowing one to two teaspoons of the dried leaves to steep in some hot water for between 5 and 10 minutes. If you want benefits from the roots as well as the leaves add several drops of the extract or tincture from the roots. Drinking the tea is associated with several benefits.

Stinging nettle preparations were a traditional treatment for various urinary tract disorders including BPH (benign prostatic hypertrophy). This is a non-cancerous condition in which the prostate gland enlarges and may interfere with urination. Stinging nettle is still used as part of the treatment for this problem in Europe. One clinical trial found that 81% of participants who had a nettle preparation had fewer symptoms in comparison with a placebo group. There have also been studies that showed nettle can slow the growth rate of prostate cancer for laboratory animals, but the research has not been conducted on humans yet.

Consuming the extract of stinging nettle leaves either orally or by applying it on the skin can also help reduce the pain associated with arthritis. In some cases it is used together with conventional treatments such as painkillers like NSAIDs (non-steroidal anti-inflammatory drugs). Some experts suggest that using stinging nettles along with painkillers results in the same benefits but with a smaller dose of painkillers.

Stinging nettle can also help act as a rejuvenator and spring tonic. In addition it can help support various parts of the body including the endocrine system, the digestive system, the respiratory tract, the nervous system, the urinary tract, the body’s circulation and the immune system. Nettle tea can even help people with diabetes as it helps decrease the amount of blood sugar and by doing so lower the glycemic level. In addition, stinging nettle can act as a natural diuretic which can help lower blood pressure.

Research is still being done but it appears that stinging nettle can be classified as POSSIBLY SAFE as long as it is used appropriately. This means following proper dosages and not using it for more than six months. If you touch the plant, you may experience skin irritation and the plant can sometimes cause sweating and stomach complaints. There is still no research on the long-term safety of using stinging nettle.