While no single diet or food exists which can cause or prevent breast cancer, still diet is an important factor where individual choices may cause major difference. Cancer of breast is a complex disease that has multiple contributing factors. Out of these, you can’t control certain factors including family history, age, gender and genetics. However, some factors can be controlled such as smoking, being overweight, diet, and not exercising. According to researchers, diet may cause 30-40% of all types of cancers. 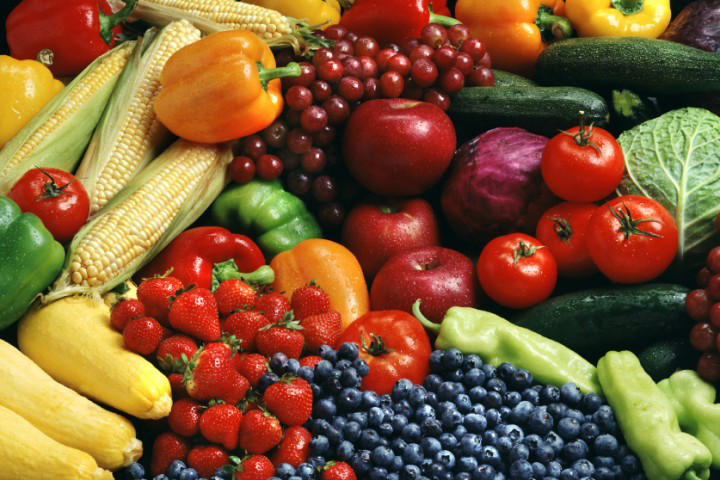 Foods You Should Eat

The below mentioned foods are generally considered healthy and may also help in the prevention of progression or occurrence of cancer of breast:

According to a study conducted on 91,000 females, it was found that a diet containing only plants can reduce the risk of cancer of breast by 15%. It is recommended to have about 8-10 servings of vegetables and fruits every day.

Although inconclusive research exists on the effects of dietary fiber on cancer of breast, still according to several studies, fiber provides protection against it. Since, fiber keeps your bowel movements regular; it helps the body in getting rid of toxins, thereby, limiting the damage caused by them.

Legumes and whole grains are also a rich source of antioxidants, which may help in the prevention of multiple diseases. Consuming more legumes that are rich in fiber such as lentils is linked with a decreased risk of cancer of breast. An intake of 30-45 g of fiber is recommended every day.

Monounsaturated and polyunsaturated fats are the good fats and they are present in olive oil, seeds, nuts and avocados. Moreover, omega-3 fats which are present in cold water fish including herring and salmon have been associated with a decreased risk of cancer of breast. In an anti-breast cancer diet, about 20-30% of total daily calories should come from fat in which saturated fat should not make more than 8%.

Soy has been identified as a very beneficial food that is rich in healthy fat, protein, minerals and vitamins and low in carbohydrates. Soy not only reduces the risk of cancer of breast but also reduces risk of cardiovascular disease and levels of bad cholesterol.

Soy can be obtained from the following foods:

Capsaicin is present in both fresh and dried chili peppers. The amount of capsaicin is increased with the hotness of the pepper. According to a study, capsaicin may prevent spread and growth of malignant cells in certain individuals suffering from breast cancer. This study was done on samples of tissue obtained from females who have different kinds of cancer of breast.

Most promising results were obtained on tissues which were obtained from those females who had triple negative inflammatory cancer of breast. This cancer is quite aggressive and is difficult to treat.

However, chili peppers in the same quantity can’t be eaten to obtain the same results as in lab. A capsaicin supplement can be taken; however, too much may irritate your gut. Currently, no dosage recommendation is there for using capsaicin to fight cancer of breast.

Garlic, a part of allium family of vegetables, has a distinctive aroma and taste. A link has been found between increased consumption of garlic and reduced growth of cells of breast cancer. Hence, you should include garlic in your anti-breast cancer diet.

A positive effect was found on both estrogen independent and estrogen dependent breast cancer cells in a study conducted in year 2017. However, more research is required to determine a dosage and conclusive results.

Curcumin is present in turmeric, which is a potent antioxidant and anti-inflammatory. According to research, curcumin may potentially inhibit the growth of breast cancer cells. However, more research is required to support this fact.

Common dosage of curcumin in studies that produce benefits range from 210 to 500 mg of curcumin per day.

Green tea has numerous health benefits such as weight loss and management of high blood pressure. Ongoing studies are also conducted in humans and animals to determine its role in prevention of cancer.

This is due to the fact that green tea is rich in antioxidants catechins and polyphenol, which may help prevent DNA damage in cells due to free radicals. However, more research is required, but you can add a cup as a part of your anti-breast cancer diet.

According to researchers, when mice are fed on diet as high in sugar as a typical American eats, their tendency to develop breast tumors increases, similar to cancer of breast in humans. Additionally, these breast tumors have an increased risk to metastasize.

Trans fats are linked with an increased breast cancer risk; hence, it must be avoided. Trans fat is present is processed foods including fried foods, donuts, packaged pastries or cookies and some crackers.

Though, the research is being still done, a link has been found between consumption of red meat and increased breast cancer risk, particularly if meat is cooked well. Additionally, cold cuts and processed meats are high in salt, preservatives and fat and not found effective for prevention of breast cancer.