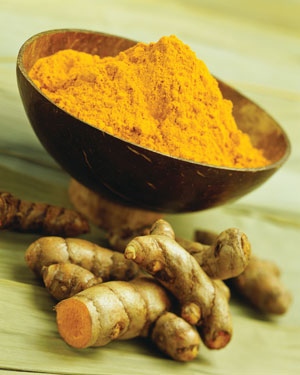 Could the solution for optimal health be sitting in your spice cabinet? It just might. Turmeric is a spice that originates from a plant native to the ginger family. These underground stems, known as rhizomes, produce polyphenolic pigments more commonly known as curcuminoids. The primary curcuminoid contained in the spice turmeric is curcumin. Along with being used as a spice, turmeric has also been used extensively for centuries throughout India for medicinal purposes. In recent years, evidence has been uncovered which suggests that curcumin may have anti-cancer and anti-inflammatory properties.

There has been significant interest in the potential of curcumin for the prevention and treatment of cancer. In both Phase I and Phase II trials, it was determined that taking curcumin orally may serve as an effective therapeutic measure for cancers occurring in the gastrointestinal tract. A separate clinical trial also found that the use of curcumin offered anticancer activity.

Along with proving to be beneficial in smaller studies, curcumin has also been studied as part of clinical trials in the treatment of various inflammatory conditions. In one such study, curcumin was compared to NSAID drugs in the treatment of rheumatoid arthritis. Patients participating in the study experienced improvements in walking time, morning stiffness, and joint swelling after just two weeks of taking curcumin supplements.

The effects of curcumin on the treatment of cystic fibrosis have also been studied. Cystic fibrosis is a genetic disease that results from mutations in specific genes and often results in progressive lung disease. One study found that the use of oral curcumin supplements in mice were able to correct abnormal ion transport.

Curcumin is found naturally in the spice turmeric. This spice is commonly used in the preparation of Southeast Asian, Indian, and Middle Eastern cuisines. Curry powder is another natural source for turmeric as well as several other spices. It should be noticed that the actual amount of curcumin contained in curry powders often varies.

Curcumin can also be found in extracts that can be used for dietary supplements and can be obtained without the need for any prescription. It is important to be aware that some types of curcumin supplements may also contain piperine, which may result in the bioavailability of curcumin. With that said, it may also alter the metabolism of certain medications.

While turmeric is typically considered to be safe to take, it is important to note that it can cause certain adverse side effects, including diarrhea and nausea. This is particularly true when taken in large quantities or when you have taken it for a long time. When taken in high doses, it may also present an increased risk for ulcers. Individuals who are known to have gallstones should consult their healthcare provider prior to taking turmeric.

Women who are pregnant or who are breastfeeding are advised not to take curcumin. It is generally advised to consult a healthcare provider before taking curcumin if you have any known medical conditions, such as bleeding disorders, kidney or gallbladder disease, immunity problems, or diabetes. Turmeric is also known to possibly increase bleeding. Therefore, it is important to cease taking it a minimum of two weeks prior to any surgical procedure.

Individuals who take medications on a regular basis should also consult their healthcare provider before beginning a regimen of curcumin supplements. This is due to the fact that curcumin may potentially interact with certain medications such as NSAID painkillers, aspirin, diabetes medications, statins, blood thinners, blood pressure medicines. Curcumin may also interact with supplements that reduce clotting, including garlic, ginseng, and ginkgo.