What Fish Should Kids Eat? Here Are the Best Choices

It’s quite natural to get confused when it comes to kids eating fish. Though being highly nutritious food, you may want to skip fish all together due to it being contaminated by mercury. However, in the case of fish, the risks are outweighed by the benefits and fortunately you can minimize the potential risks associated with fish in multiple easy ways. Read on to know the best fish for kids. 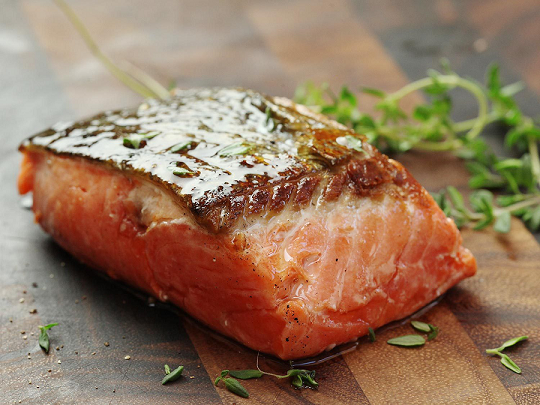 Which Varieties of Fish Are Safe for Kids?

Majority of the fish have some quantity of methylmercury present in them. It is mercury form that if present in large quantities may be toxic to human brain. Big fishes, which have a long life span, tend to accumulate the compound in large amounts; therefore, the FDA recommends avoiding tilefish, swordfish, king mackerel and shark completely in your diet.

How Much of Fish Is Okay?

After discussing best fish for kids, let’s discuss how much of fish is okay for them. According to FDA, to obtain maximum health benefits from fish, kids must consume fish at least two to three times per week; however, their portion size should be smaller in comparison to adults. The appropriate portion size for children is as follows:

You should remember that this recommendation is not same for fish caught in streams, lakes and rivers. In such cases, the portion size of fish should be limited to one to two ounces per week for kids younger than 6 years and two to three ounces for kids older than 6 years. Moreover, any other serving of fish should not be given to kids in that week.

You now know best fish for kids and its recommended amount, let’s discuss about tuna. Pouch and canned tuna is popular among families as it is affordable and convenient. However, both albacore and light tuna contain higher levels of mercury in comparison to the variety of fish listed above; hence, it’s important that you follow the advice of the FDA. According to them, light tuna has less mercury in comparison to albacore and is safe to consume; however, you must serve your kid other varieties of fish that contain less mercury as well. In case you serve them albacore, then reduce the servings to half of the recommended amount (for instance, not greater than two to three ounces per week for kids aged six to eight years).

Fish That Kids Should Avoid

According to the FDA and the EPA (Environmental Protection Agency), the four big fish which you must never give your kid (or consume yourself in case you are carrying a baby) are the following:

Now you know the best fish for kids; there are other fish, which many health experts advice to not give to kids as contaminants are also present in them. These are:

This is a major problem. How can you persuade a kid who is reluctant to eat or try fish?

You should remember that majority of the kids refuse foods at certain age, usually around age of two to three; however, refusing fish around this age is not an indication that they won’t eat it. Like all foods, if you let the child taste fish earlier post weaning, it is more likely that they like its taste. One of the reason why kids may not eat fish is that it may be a new experience for them. For instance, parents who themselves don’t prefer fish much may not have offered it to their kids. Kids require time to get comfortable and used to the texture and taste of fish. You may have to make several attempts before your kid becomes comfortable and really enjoys eating fish.

What to Do in Case Your Kid Refuses to Eat Fish