When a woman goes through surgery to have her fallopian tubes closed so the sperm can’t reach eggs, then it’s called a tubal ligation. It is done as a form of permanent birth control or female sterilization. However, some people end up changing their minds and are left to wonder, "Can a tubal ligation be undone?" 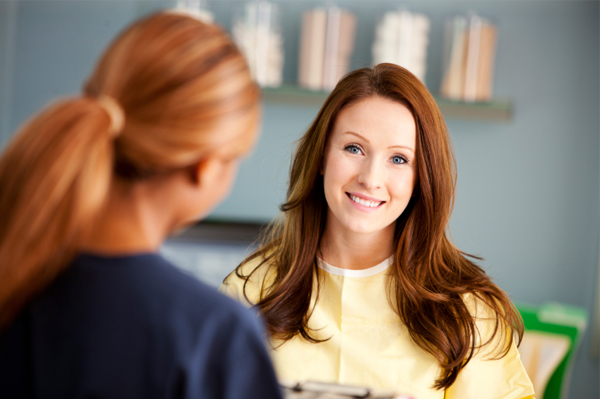 It’s good to know that yes, tubal ligation can be reversed. Your fallopian tubes can be reconnected, opened or untied. However, not every women is appropriate for the procedure.

There are several things your doctor will take into consideration before doing this operation for you; they include:

Some questions your doctor may ask:

Generally, women who have only had small parts of the fallopian tubes removed or had clips and rings used, can be good candidates for a reversal. There are surgeons who consider the best candidates to be women younger than 40, who had the procedure directly after birth, called a postpartum tubal ligation.

Can tubal ligation be undone? Yes. If there aren’t other issues and your remaining fallopian tubes are healthy, you should have a good chance of getting pregnant after a reversal. It is important to note that it won’t work for everyone and in every case. Age is an important factor, with older women being much less likely to successfully get pregnant than younger women. Generally, a pregnancy success rate of between 40-80% is seen. Successful pregnancies usually happen within the first year.

Keep an Eye Out for an Ectopic Pregnancy

Those who have had a tubal reversal are at a greater risk of ectopic pregnancy which can be life-threatening. This is when the fertilized egg implants elsewhere, instead of the uterus, usually in the fallopian tube. This requires immediate attention and removal of the egg.

How Is Tubal Ligation Reversed?

Can tubal ligation be undone? Yes. Here is how the procedure proceeded. Once you are under anesthesia, your surgeon will make a tiny incision on your lower abdomen to show your uterus, ovaries and fallopian tubes.

Next, they will remove anything used to block the tubes and repair them. If there was too much damage, they may not be able to reattach one or both tubes. Usually a small cut, called "bikini cut" is made near the pubic line so the scar is easily covered.

Surgery can take between two and three hours, and can be performed as inpatient or outpatient. There are even micro-surgical techniques that will allow the woman to go home the same day.

About three or four months after surgery, you will need an X-ray dye test or hysterosalpingogram to make sure everything is working correctly.

Prepare for Recovery After Surgery

Or Should You Choose IVF to Get Pregnant?

Can tubal ligation be undone? Yes. But it is not a choice suitable for every woman. Then you may consider in vitro fertilization to get pregnant.

In vitro fertilization is when a woman is on medication to stimulate her egg release. A certain number of eggs are harvested from her ovaries, fertilized with her partner’s sperm and then transferred back into her uterus, hoping they’ll implant.

With this process, the woman can avoid the surgery that comes with a tubal reversal. She can also know the outcome as quick as ten days after the procedure, while with a reversal it may take a year or longer to know if it works.

There is a large range of success rates among those who choose IVF. Some rates suggest 50% success for women under 40. Others report 20% or 30% and even lower success rates. Some IVF programs are simply better, so be particular when selecting yours.

The biggest disadvantage to this method is the woman has to take medication to stimulate eggs. This can also result in a higher risk for multiple pregnancy. But this can be controlled by limiting how many eggs implanted to the uterus.