Is It Normal to Have Brown Blood During Periods?

Menstruation occurs differently in each female. But is there a problem if your menstrual blood is brown in color? The color of the menstrual blood is generally bright to dark red and it may or may not contain some clots. Like majority of the females, presence of brown blood in periods may make you worried because a normal menstrual cycle is vital to be fertile. Hence, is it normal to have brown blood during periods? 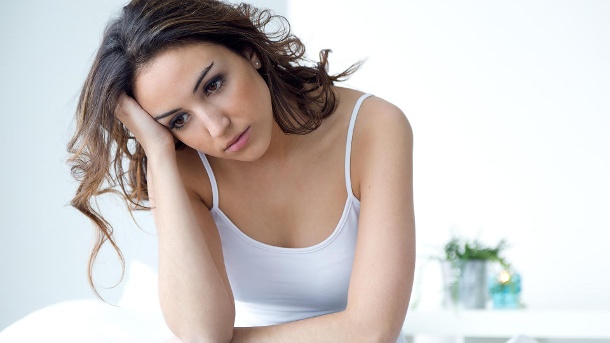 Is It Normal to Have Brown Period Blood?

In general, discharge of brown blood from vagina is normal and you should not be worried. At certain times, some amount of menstrual blood can get accumulated in the uterus for a few days before it is discharged. The brown blood during period is generally the old blood that was not discharged completely during the last menses and is now being discharged as brown blood.

Another reason for discharge of brown blood during periods is that periods may begin at a slow rate, and during the initial days, there is discharge of light pink blood and then gradually the blood becomes dark.

Discharge of brown blood during periods is more common in premenopausal females. This occurs naturally as due to the lower estrogen levels the cervical canal is narrowed, thereby delaying menstruation.

Several kinds of birth control including implants such as Nexplanonas can result in brown discharge during period or between periods. Your hormonal levels are affected by birth control; hence in many cases, it is normal to have brown discharge at the start of your periods.

However, symptoms of pain, discomfort and itching should raise concern. Many factors are responsible for brown period, such as age, consumption of medicines or recreational drugs, frequency of having sex, pregnancy and other health conditions such as anemia and diabetes. In these cases, visiting a healthcare provider is of the best interest.

Medical Conditions That Can Cause Brown Period Blood

Apart from the reasons discussed above, the medical conditions that can result in brown discharge during periods include:

Vaginal discharge of brown blood or spotting can indicate pregnancy as this commonly occurs during the initial stages of pregnancy. It is the discharge of blood which happens when the fertilized egg is implanted to the uterine lining, which is referred as the implantation bleeding.

On the other hand, vaginal bleeding and discharge of clots during early weeks of pregnancy could also indicate a miscarriage. Hence, if there is brown discharge from vagina during initial stages of pregnancy, you should immediately visit your physician.

If your uterus is large, then you could experience brown discharge during periods. Uterus can become enlarged after childbirth. This happens as the uterus is stretched during pregnancy and may not shrink to its original size after delivery. Due to large uterus, the menstrual blood collects and clots in the uterus before it is being discharged. This results in heavier menstrual bleeding with darkened and clotted blood.

Also referred to as leiomyomas, fibroids are benign growths that occur in the uterus. They usually form in females who are aged 35 or more. Majority of the females have more than one fibroid in their uterus. Although no symptoms may be present in some females, some may have discharge of brown period blood along with presence of more clots than usual.

Presence of blockage anywhere in the vagina, cervix or uterus may lead to discharge of brown blood during periods. The heaviness of the blood flow and the frequency of blood clots are also affected. Presence of uterine polyps is an example of obstruction. The flow of your blood during menses can be changed by polyps as they act as barrier to the flow. This causes the blood to become trapped in the uterus, age and turn brown.

Adenomyosis and endometriosis are diseases characterized by formation of uterine lining tissues in the wrong places. In adenomyosis, the uterine lining grows on the uterine muscular wall. It usually happens in females who already have children and are reaching their menopause.

In endometriosis, the uterine lining forms outside the uterus. It usually happens in females after menopause. The uterus may double in size due to these diseases and the menstrual blood gets prolonged time to accumulate and clot before being discharged from the body.

Brown period blood can also occur due to PCOS. Other signs and symptoms of PCOS are:

The exact cause of PCOS remains unknown. You can inherit the disease genetically. If you have brown discharge during periods along with the other symptoms mentioned, consult your physician. If left untreated, PCOS puts you at risk of developing other diseases, including infertility, type 2 diabetes and heart disease.

Emotional disturbances including depression and stress in a female can lead to thinning of the uterine lining. This causes a delay in shedding of the cells of the endometrial lining, which in turn results in oxidation of blood, making it dark brown in color.

Discuss with your physician if you believe that you have any of these problems. If you are not doing it already, consider getting routine screenings for cervical cancer or the HPV (human papilloma virus) vaccine.

What Can You Do?

If brown period blood is due to old uterine cells, then you can make certain lifestyle changes such as taking nutrition supplements, getting regular exercise and drinking plenty of water. However, if the brown discharge is due to an underlying medical illness, then that particular condition needs to be treated.