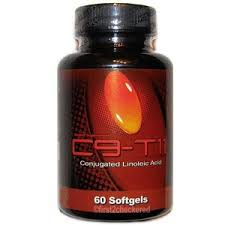 In the battle to lose weight, everyone is looking for a quick and easy way to drop the pounds. That’s why the words “fat burner” get attention. That’s also why so many people choose to try out these products that claim to simply burn away the fat, even while you sit on the couch doing nothing. The C9-T11 Fat Burner claims to do just that. The active ingredient in C9-T11 does have some weight loss properties, but there are some questions about keeping the weight off for good.

More than just a clever name, those letters and numbers actually stand for something: Cis-9, Trans-11, which is an isomer of Conjugated Linoleic Acid, or CLA. There are actually two isomers in the Acid, including “Cis-9, Trans-11” and “Trans-10, Cis-12”. These isomers are found in safflower. Most CLA fat burners have equal parts of these isomers.

These are presented in softgel form and promise to be a muscle builder and fat burner in one. In fact, the website claims that these softgels will increase muscle growth, boost your immune system, maintain healthy cholesterol, keep triglyceride and insulin levels under control, all while reducing abdominal fat.

Two studies explain what C9-T11 can and can’t do for your body. The first one, published in the American Journal of Nutrition in 2004, studied the effects of CLA on body fat mass in people who were healthy but overweight. The subjects were asked to take CLA supplements and their body fat was measured after one year. The subjects had significantly lower body fat mass than those who were not on the supplements, suggesting that it does indeed work as a fat burner.

A 2006 study in the same journal looked at how long people kept off the weight after losing it. One hundred people who had dropped more than 8 percent of their body weight while on a diet were then put on CLA for one year. The 3.4 gram dose per day didn’t keep the weight off – most subjects gained it back. That suggests that while the fat burner might indeed help you lose weight, it does very little to help you keep it off in the long term.

CLA is considered close in structure to a steroid, but it is not technically in this category. Steroids are illegal substances in most cases. They improve muscle growth, sometimes by very large amounts, and so they have been banned from many sports. Overdosing on steroids or using them in competitions was one of the reasons that they were banned. However, some critics say that even though C9-T11 is not technically a steroid, it is close enough to be considered an unfair advantage for athletes who take it. Many critics believe that CLA should be banned, but others say that it is just as harmless as vitamins, and thus should be available for use in sports competitions.

The question of how well it works has also been a point of debate. There is very little evidence that it actually works for most people, and there is certainly evidence that it does not work long-term. In addition, some studies show that taking CLA might actually worsen blood sugar control in those who are overweight, which can lead to serious problems. Some studies show that CLA might actually contribute to the development of diabetes in some individuals.

Those who do use CLA but do not lift weights during that time might actually gain weight. Other potential risks include a higher chance of cardiovascular problems, an increase in the risk for breast cancer and significant concerns about what taking CLA might mean for nursing mothers, as it reduces the fat content of their breast milk. Finally, studies have shown that there is little to no evidence that CLA actually does anything to enhance immune system function or promote lower cholesterol levels.

In addition to these issues, it is important to recognize other problems that might occur when taking CLA. These include side effects and other medical issues.

There are other things to consider before you choose to take C9-T11. These are important for those who already have medical conditions that might be worsened by CLA.