Sodium phosphate is a naturally occurring type of phosphorus that can be found you your body’s cells. This can also be applied to help clean the digestive system prior to x-ray, endoscopy, surgery or other intestinal procedures. This can also be used in an enema after surgery to address impacted bowels. Sodium phosphate is commonly listed in foods as a generic term for phosphoric acid or sodium salt. This is commonly added to food for a variety of purposes, but this process has been largely studies and is generally considered to be safe. 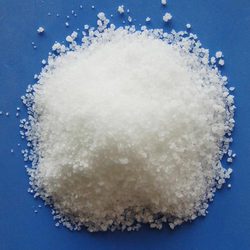 Sodium Phosphate as a Medicine

1. Why is sodium phosphate prescribed?

Sodium phosphate is prescribed to empty the colon for an examination inside the colon or bowel such as a colonoscopy. The medication acts as a saline laxative that causes diarrhea that will empty all stool from the colon. This will allow your doctor to have a clear view of the walls of the colon to check for abnormalities like cancerous cells.

2. How should sodium phosphate be used?

Typically, a sodium phosphate will be provided by your doctor that you will take by mouth the night before your scheduled colonoscopy. You may need to take additional tablets every 15 minutes 12 hours before your surgery. These should be consumed with a full 8 ounces glass of clear liquid. You will need to restrict your diet to clear liquids such as plain or flavored waters, juices without pulp or ginger ale during a sodium phosphate treatment. You should not consume any liquids with red or purple coloring and talk to your doctor if consuming clear liquids will cause difficulties.

You may see two packets in the container with your sodium phosphate tablets. These are used to keep the tablets at the proper moisture level and are not intended to be consumed. You should be prepared to have several bowel movements while using sodium phosphate. Stay close to the toilet throughout your treatment to prepare for this.

4. What are side effects of sodium phosphate?

Those that use sodium phosphate may experience bloating, nausea or stomach pain. You should let your doctor know if these symptoms do not fatal. If you experience difficulty breathing or swallowing, swelling in the mouth, tongue, throat, lips, face or eyes, itching, rash, hives, fainting, irregular heartbeat or itching contact your doctor immediately for emergency care. You should report any irregularities you experience while using this medication.

Sodium Phosphate as a Food Additive

1. What are compounds of sodium phosphate in foods?

2. What are uses of sodium phosphate in foods?