Side Effects of Sugar 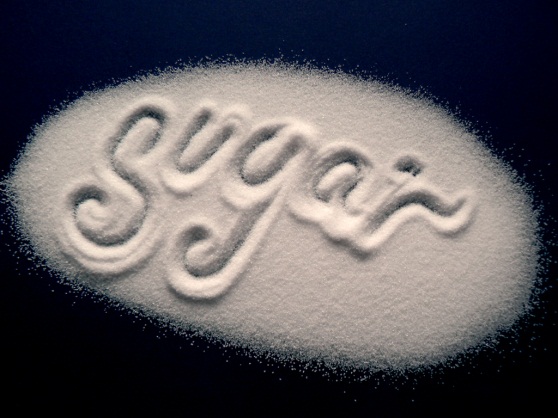 Sugar may refer to fructose, glucose, sucrose, lactose, malts, maltose, maple syrup, jams, corn syrups, palm sugars, organic brown sugars or even alcohol. While these sugars all have very different properties they can all present problems for our bodies. Consuming large amounts of sugar can lead to obesity, a condition that has a very negative impact on our metabolic rate. Even those that are healthy are highly advised to avoid large amounts of sugar.

Side Effects of Sugar

Studies have linked the regular consumption to drinks high in sugar, including sweet tea, soda or sports drinks to a 26 percent increased risk of developing type II diabetes. Researchers at the University of California estimate that 130,000 people developed this disease between 1990 and 2000 as a direct relation to the consumption of sugary drinks. Constantly drinking sugary beverages also increases the risk of weight gain, which in turn increases the risk of developing diabetes.

Researchers have found that those who tend to eat too much sugar are at a much higher risk of developing several kinds of cancer. A study at the University of Minnesota linked the consumption of two or more sugary beverages each day to the development of pancreatic cancer, and the University of Buffalo noted that diabetic women were much more likely to develop breast cancer, particularly if their blood sugar levels were consistently high. It has been noted that both the presence of sugar and high insulin levels can allow cancer cells to grow more efficiently.

Yeast feeds on sugar, so consuming high amounts of sugary substances provides fuel for the yeast naturally growing in your body. This sugar will remain in the saliva or urine, allowing it to come in contact with areas where yeast is naturally found. This can lead to thrush or a yeast infection as this yeast overgrows.

Recent evidence suggests that those that consume 17.5 percent or more of their daily calories in sugar are as much as 30 percent more likely to have high triglycerides in their blood. This combination of symptoms can cause hardening of the arteries that increases the risk of stroke, heart attack and heart disease. These individuals are also 3 times more likely to have low levels of good cholesterol compared to those that consumed less than 5 percent sugar in their diet.

While consuming carbs can temporarily lift your mood by causing a boost of serotonin, over-stimulating the system with sugar can cause the opposite effect. The specific cause of this reaction is unknown, but it is believed that insulin resistance can increase stress hormones, GLP-1 and cortisol hormones, leading to depression. Those that have depression and consume a diet that is high in sugar have been found to experience an increase in hospitalization for their symptoms as well.

6. Deposit Fat in the Liver

When the body’s glycerin levels are low, fructose will be used to replenish these stores. However, if glycogen levels are already where they should be, and sugar that is taken in will be converted into fat, much of which will remain in the liver. This fat can build up over time and cause non-alcoholic fatty lifer disease.

Sugar consumption causes a release of dopamine, a sensation the body is naturally trained to seek out as this is a pleasurable feeling. Those that are already prone to addictive behavior may seek out foods that cause this reaction, similar to the behavior of those that seek out abusive drugs for the dopamine release they cause. Studies using rats have shown that it is in fact possible to become addicted to sugar. Many people have also been found to become addicted to junk food that is filled with sugar and other addictive compounds.

Leptin is a hormone that the brain uses to inform the body it is full and you should stop eating, and then raise the energy expenditure as a result. If this hormone is not functioning properly it can cause people to consume more calories than they will burn, leading to obesity. One main trigger of leptin resistance is fructose, which blocks the signals from the brain necessary for leptin to take effect properly.

While the rumor that consuming greasy foods causes acne has long-since been debunked, a 2008 study revealed that consuming a high-glycemic diet that is high in sugary drinks, natural sugars and refined carbs can cause spikes in blood sugar that can lead to acne. Low-glycemic foods are broken down more slowly so they do not cause these spikes, and switching to such a diet can reduce the appearance of acne by as much as 50 percent.

Consuming high amounts of sugar has also been found to weaken eyesight, decrease activity and increase drowsiness in children, interfere with the body’s ability to absorb protein, increase food allergies, increase the symptoms of eczema in children, impair DNA structures in the body, increase difficulty concentrating, hyperactivity, anxiety and crankiness in children and contribute to the development of osteoporosis.